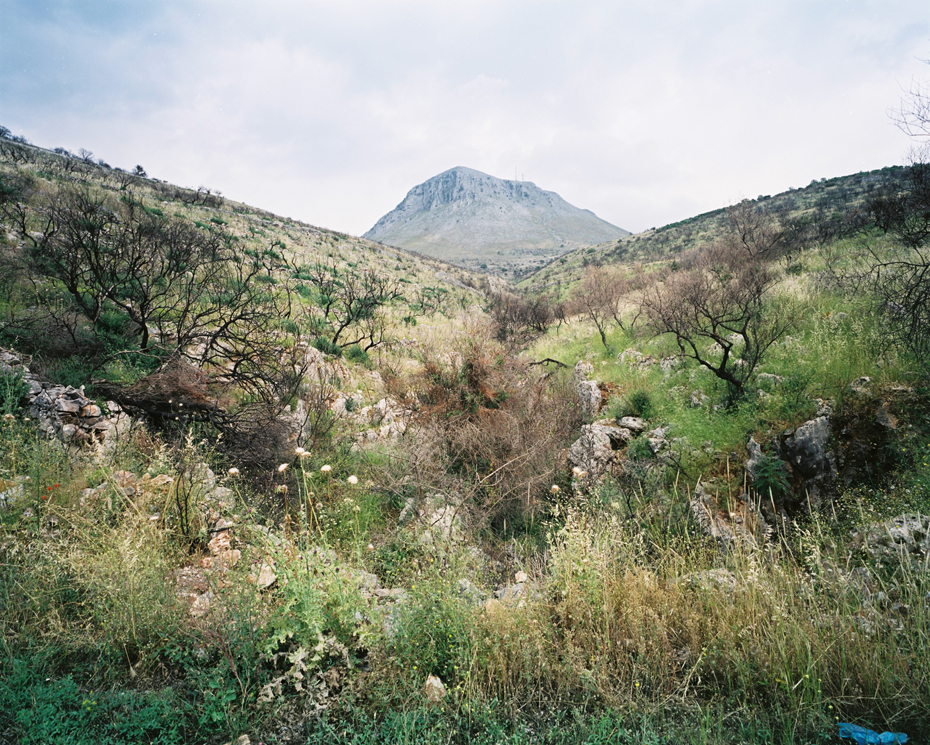 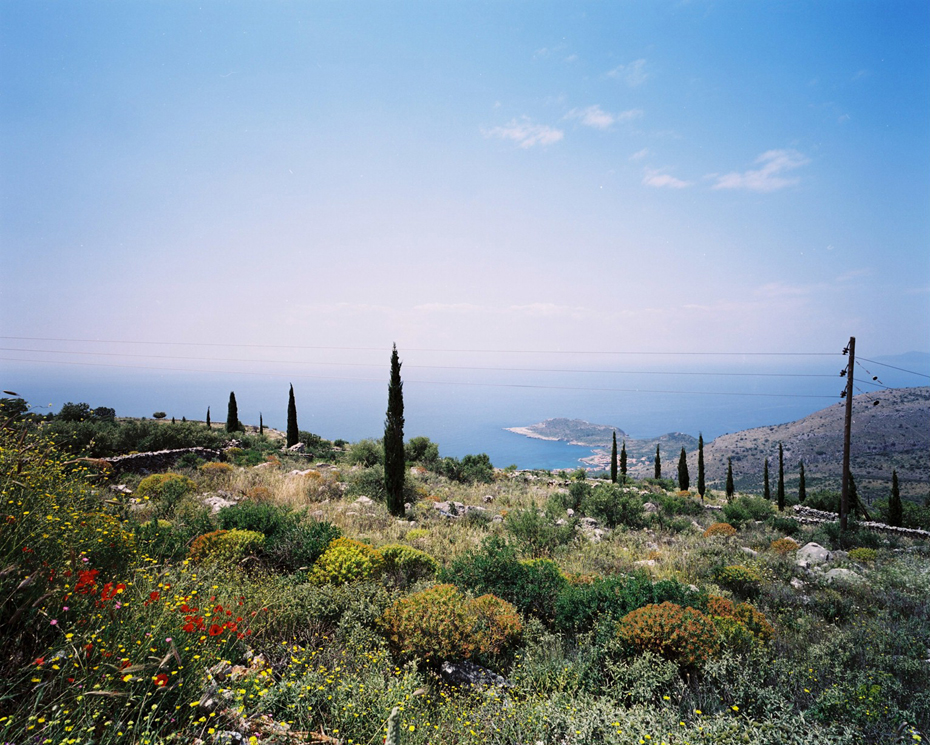 Numerous shrines stand alone along the rural roads of Greece, mostly signifying road accident deaths. There are also some that are erected due to accident survival and to house a flame for the saint that guards the village. My main fascination lies with the notion of remembering a death. Unlike the relatively new phenomenon in the UK of placing flowers at the scene of the accident, it appears to be the culture of the Greeks to make the ritual more domesticated.

These objects emulate a house with a roof, a door, a window and mostly an incredible view. Interestingly each shrine has its own unique quality representing an individual. Externally they can appear ornate or basic but their main objective lies in containing the memory of a soul. The act of lighting a wick or an oil lamp is repeated on a regular basis, depending on how recent the loss may be. The mourner chooses to enclose indexical items, though contained in a personal shrine they still stand on public display. While the body of the deceased has been laid to rest elsewhere, their memory is maintained at the point life stopped.  The contents seem to envelop incredible meaning in being a still life of a ‘stilled life.’

The importance of housing a memory is vital in protecting it. In Gaston Bachelard’s book The Poetics of Space he states ‘Memories are motionless, and the more securely they are  fixed in space, the sounder they are.’
1 Here he speaks of a house but this quote can similarly be held against the small shrines that represent such a structure. Driving through the dramatic landscape one takes in the beauty but one is also continuously interrupted and haunted by the presence of loss suffered by the people of Greece. Though the memories are not contained within this seemingly infinite rural space, the shrines remain contained by the landscape.

We use cookies on our website to give you the most relevant experience by remembering your preferences and repeat visits. By clicking “Accept All”, you consent to the use of ALL the cookies. However, you may visit "Cookie Settings" to provide a controlled consent.
Cookie SettingsAccept All
Manage consent

This website uses cookies to improve your experience while you navigate through the website. Out of these, the cookies that are categorized as necessary are stored on your browser as they are essential for the working of basic functionalities of the website. We also use third-party cookies that help us analyze and understand how you use this website. These cookies will be stored in your browser only with your consent. You also have the option to opt-out of these cookies. But opting out of some of these cookies may affect your browsing experience.
Necessary Always Enabled
Necessary cookies are absolutely essential for the website to function properly. These cookies ensure basic functionalities and security features of the website, anonymously.
Functional
Functional cookies help to perform certain functionalities like sharing the content of the website on social media platforms, collect feedbacks, and other third-party features.
Performance
Performance cookies are used to understand and analyze the key performance indexes of the website which helps in delivering a better user experience for the visitors.
Analytics
Analytical cookies are used to understand how visitors interact with the website. These cookies help provide information on metrics the number of visitors, bounce rate, traffic source, etc.
Advertisement
Advertisement cookies are used to provide visitors with relevant ads and marketing campaigns. These cookies track visitors across websites and collect information to provide customized ads.
Others
Other uncategorized cookies are those that are being analyzed and have not been classified into a category as yet.
SAVE & ACCEPT